The countries of the BRICS group of emerging economies will hold their annual summit this week in the face of a tense global scenario due to the war in Ukraine. The event will bring together the leaders of Brazil, Russia, India, China and South Africa virtually due to the pandemic, but will also have Argentina as a guest, which has already expressed its desire to join the group.

The bloc’s annual summit is focused on «fostering a high-quality BRICS association and ushering in a new era for global development.» Public health and vaccine cooperation are the areas prioritized by China, the bloc’s president. However, the war in Ukraine, which has sparked attempts by the Global North to isolate Russia, is not on the agenda.

China formally asked other BRICS members to consider expanding the group but without naming specific candidates. The proposal was accepted, according to a joint statement from the entire bloc , in which the countries do not set deadlines and ask to review the necessary procedures before moving forward.

At the BRICS foreign ministers’ summit held in May, Argentine President Alberto Fernández sent a letter in which he highlighted the group as an «alternative for cooperation in the face of a world order that has been working for the benefit of a few» and stressed that the Argentina’s interests are aligned with those of the bloc.

Argentina’s accession would be the second time the bloc has added a new member since South Africa joined in 2010, after the summit in Russia. Other countries such as Indonesia have also been mentioned as possible new members, which would further expand this group of emerging powers from the Global South.

«Argentina sees its future not in Old Europe or in the North Atlantic, but in the New South, embodied in the BRICS, and whose nucleus is in Asia-Pacific,» said Jorge Heine, a researcher at Boston University, in a column for China’s Global Times.

The possible expansion of BRICS

Argentina’s interest is not new. Since 2015, first with former president Cristina Fernández de Kirchner and then with former president Mauricio Macri, the government has highlighted its desire to be part of the BRICS group. Although no progress was made beyond declarations, specialists agree that the current scenario is different.

Esteban Actis, a researcher at the University of Rosario, argued that in the face of Russia’s invasion of Ukraine, there is likely to be a fragmentation of governance, with less weight given to spaces such as the G20. Given this, China’s desire to expand BRICS appears to give the block more robustness and add new emerging countries.

«I was always quite skeptical about the possibility of Argentina joining but the changes in the international scene can make it possible for that to happen and for there to be an expansion,» he added. «Added to this is the support of Brazil and the Bolsonaro government, previously reluctant to expand the bloc.»

Diplomatic sources told the state news agency Télam that the accession process will be “long”, but that the government had already received unofficial communications of commitments from Brazil, China and India. Adding a new country to the BRICS requires the full consensus of all members, which makes it more complex.

BRICS was formed in 2009 as a forum for economic and trade cooperation between the world’s leading emerging economies at the time, with the aim of being a counterweight to international financial and trade organizations led by Western countries, especially the United States.

The bloc then positioned itself as a powerful force in the global economy, with the potential to significantly change the current world order. Yet skepticism about the bloc’s progress is widespread , with even its most enthusiastic supporters questioning the lack of substantive policy progress.

For Julieta Zelicovich, a doctor in international relations, the bloc’s heterogeneity makes its expansion difficult. Although China and Brazil may agree to add Argentina because of their interests with the country, that would not necessarily be the case for South Africa, India or Russia, without clear incentives to expand the bloc, she added.

In search of financing

A perhaps easier possibility for Argentina would be to join the BRICS bank, the so-called New Development Bank ( NDB ). Accession can take place without necessarily being a member of BRICS, as is the case of Uruguay, the United Arab Emirates and Bangladesh, the most recent to join the NDB.

«The NDB would be an interesting space for Argentina and coincides with the government’s idea of ​​participating in alternative financial organizations,» Zelicovich said.

Argentina is going through an economic and sovereign debt crisis , with few monetary reserves in its Central Bank and limited access to financing sources. This has slowed down the expansion of its solar and wind energy parks , necessary for an energy transition, among other projects.

Brazil’s Economy Minister Paulo Guedes said he will promote Argentina as a candidate to join the NDB, after a meeting in April with his Argentine counterpart Martín Guzmán. For Guedes, the accession of Argentina would allow greater integration between the two economies, especially in energy and agriculture.

Since its creation in 2014, the NDB has approved nearly 80 projects in all its member countries, for a total of US$30 billion. Projects in areas such as transportation, water and sanitation, clean energy, digital infrastructure, social infrastructure, and urban development are within the scope of the bank.

Federico Vaccarezza, professor of International Economic Relations at the Austral University, argued that joining the NDB would mean a new way of financing for Argentina, especially in energy infrastructure. «Faced with a scenario of lack of dollars in the country, the NDB represents an opportunity,» he added.

As well as the possible membership of the NDB, Argentina joined in 2020 the Asian Infrastructure Investment Bank ( BAII ), a development bank created in 2015 at the initiative of China.

One of the AIIB’s original goals was to support infrastructure construction under China’s Belt and Road Initiative (BRI), which Argentina formally joined this year when Fernandez visited Beijing. . 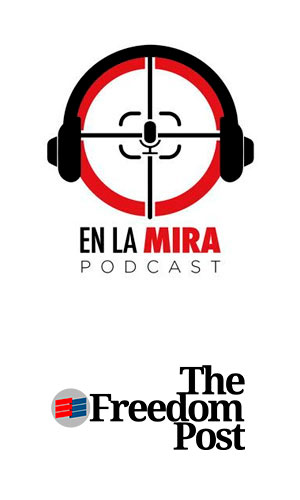 Alberto Fernandez escapes to Europe: search for freedom in the face...